Ann Siri and Michael Holmberg met while working on high-end museum exhibits on behalf of the Exploratorium in the early 80’s. Michael had recently moved to San Francisco from Sweden, where he spent most of his childhood and early adulthood, despite being born in Illinois. The son of a machinist, Michael followed in his father’s footsteps, helping in the shop as soon as he could reach the controls. He studied mechanical engineering and philosophy at the University of Lund in Sweden.

Ann grew up in the East Bay of the San Francisco Bay Area. She realized at an early age that she gained knowledge experientially rather than academically. She found work at the Lawrence Berkeley Laboratory and became a Mechanical Laboratory Technologist, staying there for 10 years. After becoming the first woman to graduate from the State of California’s apprenticeship program, she moved to the Mendocino Coast, purchased the faltering Mendo Machine Shop business, and went to work remaking the shop and its reputation. 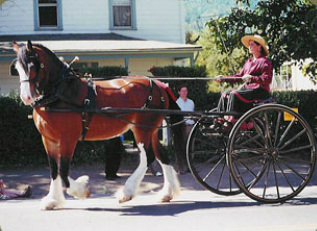 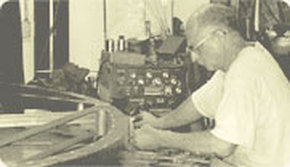 This submarine highlights the vast array of  skills, creative talents, and imagination brought to our shop. Built as a father and son project, between Birger and Michael Holmberg, it can go down to 150' and carries a ton of fuel. Self-sustaining, it contains a kitchen, head, and bunks for two.